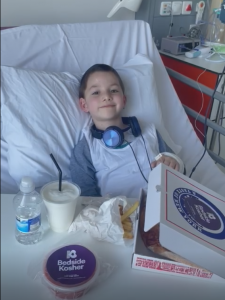 Bedside Kosher have been busy over the last year delivering much needed nutrition to Jewish patients in our hospitals. But as the smiles on children’s faces at various wards reveal, their special kid’s menu has also been delivering plenty of joy too. After all, what child doesn’t like Chocolate Mousse?

In fact, where previously children on kosher diets had to look on in envy at the choice of foods served to other children on their wards, the tables have now turned.

“There’s a real sense of excitement when the Bedside Kosher volunteers arrive with the food,” says the parent of one of the children currently in hospital. “It’s the highlight of his day, and he was so excited when his pizza arrived yesterday evening.”

That kind of feedback means the world to the charity’s founder, Ari Feferkorn. “I’m a parent, so I know how picky eaters children can be,” he tells us. “That’s why, from day one, we’ve been putting that extra bit of thought and effort into making our kid’s menu feel magical.”

With pizzas, chocolate mousse, and apple crumble (with plenty of custard) making regular appearances on the Bedside Kosher menu, the team seem to have figured out a secret or two about pleasing children.

“As every parent knows, you have to sneak in the nutrition in where you can,” Ari says. “So we have the treats. But then we’ll slip in the fruit juice, the Tzimmes, the fresh fish. As far as I’m concerned, bringing light to those children’s lives, giving them a taste of home cooked food, is the most important thing. If anybody deserves an extra dollop of custard, it’s those children. And hopefully they’ll eat their vegetables, fresh fish and chicken too.”

Ari was inspired to start Bedside Kosher after his own experience in hospital with a family member.

“At present, the NHS’ cultural menu offers a small range of, to quote one hospital patient I spoke to, ‘gristly, mushy, defrosted meals.’ Meanwhile, breakfast isn’t available, nor are the kinds of snacks and drinks patients on regular diets have access to. It basically means Jewish patients on a kosher diet aren’t able to get enough nutrition while they’re in hospital.”

“You can’t put food like that in front of a child, especially when they’re recovering from surgery or serious illness. But that’s what the NHS currently does, and has done for decades. I couldn’t get that thought out of my mind. So I set up Bedside Kosher, and alongside my brilliant army of volunteers, we make the meals ourselves, and deliver them for free to everyone who requests our help.”

The volunteers behind Bedside Kosher have delivered thousands of meals over the course of the pandemic. The team have even found the time to create special packages for their kid’s meals. The pizzas come in exciting looking coloured boxes, with an attractive logo on the front.

“We want it to feel like an event for them, and hopefully it helps them decide to eat the healthier parts of the meals too,” Ari says.

If the smiles on children’s faces are anything to go by, the Bedside Kosher team are doing an amazing job.

Would you like to bring a smile to a child’s face? You can sponsor a meal here. 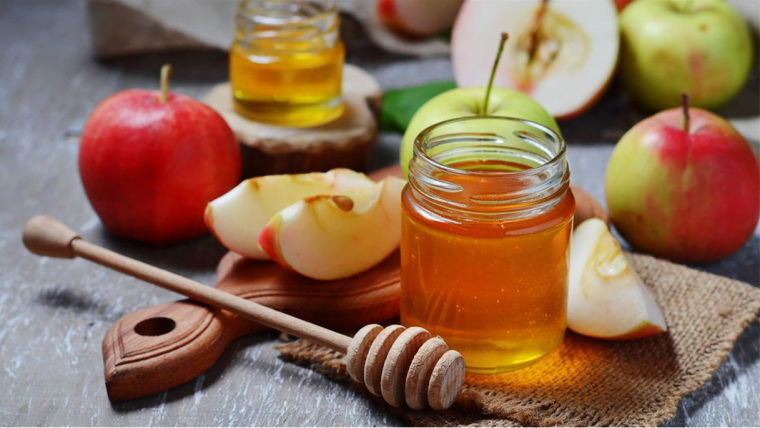 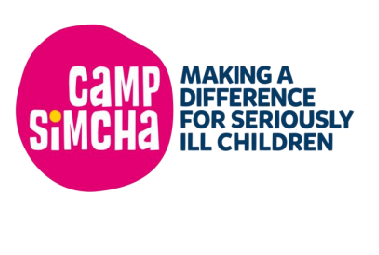